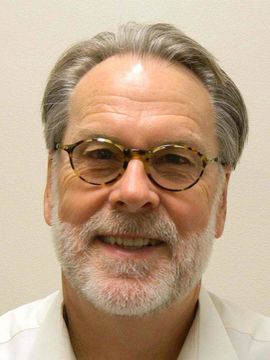 Dr. Brown takes the time to explain the results of your eye exam, describe your options and listen to your eye care needs. Because maintaining good eye health is an ongoing partnership, we encourage you to ask questions and share your health information, which could be vital to monitoring, diagnosing and treating potential vision problems.

Upon graduation, John moved to Auburn, California, in the middle of the “Gold Country” of the Sierra Foothills. There, Dr. Brown created Sierra Optometry Center in 1982. After ten years of successful practice, John took a four-year sabbatical in order to spend time with his family, travel and ultimately relocate to a more metropolitan area.

John chose to reside in the Puget Sound area because of the lifestyle and educational opportunities it afforded his son. He felt the Eastside area had a real need for an optometrist with his concern for patient welfare, his attention to detail, and his commitment to providing top quality materials and uncompromising service. Initially opening a practice in Kirkland in 1996, Dr. Brown opened Envision Optometry in downtown Bellevue in March of 1998. With the growth of the Bellevue practice demanding his full attention, John closed his Kirkland location in 2002.

In addition to his optometric career, John enjoys scuba diving, sailing, hiking, camping, skiing and bicycling. John’s son, Jake, graduated from Juanita High in 2009 and from the University of Michigan in Ann Arbor in 2013. John’s dog, Buddy, primarily just sheds hair and eats, but is nevertheless greatly appreciated.

WE WILL CLOSE FOR THE HOLIDAY